... Jan. 24 at her home in New Fairfield, surrounded by family. She was 88. Makowski was born March 1, 1924, in Port Chester, N.Y., to Cortland and Helen Reynolds. She graduated from Greenwich High School and married Joseph Makowski in 1946. She worked ...

via Port Chester Newswire http://greenwich.dailyvoice.com/obituaries/helen-makowski-88-formerly-greenwich
Posted by Welcome To Port Chester Roundup - at 10:28 PM No comments: Links to this post

PORT CHESTER, N.Y. A Bridgeport, Conn., woman was charged Saturday with taking $1,000 from the Port Chester Bed Bath & Beyond where she worked, police said.

via Port Chester Newswire http://portchester.dailyvoice.com/police-fire/worker-charged-stealing-1000-port-chester-store
Posted by Welcome To Port Chester Roundup - at 5:43 PM No comments: Links to this post

A Port Chester man who told police officers he was on his way to buy beer was charged with drunken driving early Sunday after he damaged four parked cars as he tried to get out of a driveway, according to Port Chester Police.

via Port Chester Newswire http://portchester.patch.com/articles/police-5-cars-damaged-in-port-chester-dwi-accident
Posted by Welcome To Port Chester Roundup - at 5:21 PM No comments: Links to this post

An 18-year-old worker at a Port Chester store has been arrested in connection with the theft of $1,000 from the store, according to Port Chester Police.

via Port Chester Newswire http://portchester.patch.com/articles/port-chester-store-worker-charged-in-1-000-theft
Posted by Welcome To Port Chester Roundup - at 5:21 PM No comments: Links to this post

The New York State Thruway Authority says a northbound accident on the New England Thruway in the area of Exit 21 is causing traffic delays in the Port Chester area.

via Port Chester Newswire http://portchester.patch.com/articles/i-95-accident-brings-northbound-delays
Posted by Welcome To Port Chester Roundup - at 5:21 PM No comments: Links to this post

A cashier at Bed Bath & Beyond allegedly pocketed $1,000 at the end of a shift earlier this month, admitting to co-workers that she stole the cash when they confronted her about it, village police said.

via Port Chester Newswire http://www.lohud.com/needlogin?type=login&redirecturl=http%3A%2F%2Fwww.lohud.com%2Fapps%2Fpbcs.dll%2Farticle%3FAID%3D2013301280087%26nclick_check%3D1
Posted by Welcome To Port Chester Roundup - at 5:21 PM No comments: Links to this post

via Port Chester Newswire http://rye.patch.com/articles/weather-cancellations-closures-8a0a957a
Posted by Welcome To Port Chester Roundup - at 5:02 PM No comments: Links to this post

FORGET ABOUT OPENNESS AND TRANSPARENCY: Those Dirty Dogs At "Making Port Chester A BITTER Place" Take Their Hate Fueled Nastiness Behind Closed Doors

What Are Administrators Liz And Tara Doing With Bart Didden's Boys Behind The Newly Closed Doors At Making Port Chester A BITTER Place?

Maybe The "Making Port Chester A BITTER Place" Active Member Can Bring Some Of The Hoochie Mamas From La Dolce Vita Who Will Dance And Do More For A Few Dollars.

Who Cares If Young Girls Are Geting Exploited And Often Forced To Do Things They Don't Want To  By This Mean Spirited Group Administrator?

The Bible Says You Are Known By The Company You Keep.

So I Guess It Is Alright For Liz To Be A Facebook Administrator To Have A Member That Is A Pimp, As Long As, You Are Helping Your Neighbor Bart "The Bigot" Didden Pimp Out A Controversial Port Chester Facebook Political Front Group.

That's Why We Say......Those Dirty Dogs At "Making Port Chester A BITTER Place" Will Just Take Their Hate Fueled Nastiness Behind Closed Doors 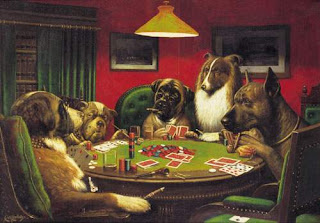 WHEN YOU SHINE A LIGHT THE COCKROACHES RUN AND HIDE

FORGET ABOUT FREEDOM OF SPEECH: The Controversial Facebook Group Founded By Bart "The Bigot" Didden's Cousin Kieth Morlino Has  Deleted Even More Posts And Posters That Disagree With The Little Closed Mind Click That Runs This Mean Spirited Group Known As Making Port Chester A BITTER Place.

ABSOLUTE POWER CORRUPTS ABSOLUTELY: Extremist TEA Party Lunatic Bart Didden's Political Facebook Front Group That Masquerades As A Grassroots Community Organization Has Went On A Deleting Binge Of Anyone That Disagrees With Them.

Scores Of Honest Hardworking Port Chester Residents Have Been Deleted And The Groups Numbers Has Dropped By About 10% And Now Total Only About 450 Members.

Of Which Only About 20 Or 30 Members Are Active. This Group Is Affectionately Known Around Port Chester As Bart "The Bigot" Didden's Little Band Of Haters.

But These Clueless Drunken Morons That Follow Bart "The Bigot" Didden Around Were So Busy Deleting Honest Port Chester Residents From Their Group. They Didn't Even Notice That A Fake Facebook Spam Account Was Trying Trying To Give Its Members A Virus Or Key Logger.

I ordered some pairs nike shoes from a FB friend,today i got them!!! they are good!!!!SO CHEAP SO COOL!!!PAYPAL ACCEPT this is her website: http://newarriveresale.us/?beilou everybody can free to check it out!!!

DIVERSE VOICES IN PORT CHESTER WORKING TOGETHER FOR A POSITIVE SOLUTION IS VERY BAD AND MUST BE DELETED BY SECRETIVE ADMINISTRATORS WHO HAVE A LOT TO HIDE....

AND DIVERSE VOICES IN PORT CHESTER WORKING TOGETHER FOR A POSITIVE SOLUTION IS VERY BAD AND MUST BE DELETED BY SECRETIVE ADMINISTRATORS WHO HAVE A LOT TO HIDE....

Maybe Bart "The Bigot" Didden's Neighbor Liz Czajkowski-Rotfeld, Who  Had Quit And Then Returned As An Administrator To The Hate Filled Group, Wanted To  Close The "Making Port Chester A BITTER Place" Group Behind Closed Doors After This Was Posted....


Maybe Two Bit Censors Like Liz Czajkowski-Rotfeld, Joan Grangenois-Thomas, Tarin Gonzalez, MaryRoseMunnick And Keith Morlino Should Look At The Faces Of The Brave Young Men And Women Who Paid The Ultimate Price For The Freedoms They So Easily Take For Granted.

But If He Keeps Talking Like This, Then He Just Might Join The Scores Of Honest Hard Working Port Chester Residents That Have Been Deleted By Port Chester Trustee Bart Didden's Cousin Keith Morlino

‎"Making Port Chester a Better Place was an Idea by Keith Morlino to create a forum of which Port Chester residents, past and present, express their ideas and views on how to make the Village a better place. Instead it has become a glorified police blotter that puts too much emphasis on crime and whats wrong and a place where people bitch, moan, cry and complain. While I believe many of you support a better village. Most just participate to vent. Rather than focusing on the negatives, it would be more proactive to highlight the great things about PC and support the positive ideas and solutions that PC needs to grow and flourish. Like if you agree, positive comments please

Anyone With Half A Brain In Port Chester Knows That The Purpose Of Port Chester Trustee Bart Didden's Little Political Front Group Is To Attack Port Chester Mayor Dennis Pilla And Bring Down The Image Of The Village.....

If The Port Chester Police Department Gets A New High Tech Video Surveillance System For Free Then The Haters At Lets "Make Port Chester A BITTER Place" Must Viciously Attack The Mayor....

Security cameras (funded by a federal grant) are being installed at the riverfront promenade and will be connected to the PCPD. This is part of our Downtown Revitalization Strategy to make Port Chester a better place!

Never Mind That Port Chester Has 200 Crime Control Experts At 350 North Main Street, the village needs Bart Didden's Little Band Of Idiotic Hatters to send "Liaison Members" To Monitor  Port Chester Police Chief Krzeminski And The Men And Women That Serve Under Him.

This Village is going down the Shitter faster than we all can flush our own toilets!!

Is Extremist TEA Party Lunatic Bart "The Bigot" Didden And His Little Band Of Idiotic Haters Trying To Set UpSome Kind Of Shadow Government That Port Chester Village Employees Will Have To Answer To?
If Port Chester Mayor Dennis Pilla Cured Cancer Tomorrow..... Then BITTER BART DIDDEN And His Little Band Of Trouble Makers Would Be On Facebook Saying That Curing Cancer Was The Worse Possible Thing That Could Happen.
For Goodness Sake..... These Morons That Follow Bart Didden Around Have Gotten Themselves Negative Mainstream Press Coverage For Complaining About How Mayor Dennis Pilla Teaches His Sunday School Class At Corpus Christi Church.
Forget About The War On Christmas...
Extremist TEA Party Lunatic Bart "The Bigot" Didden And His Little Band Of Haters Wants To Have A Jihad Against Port Chester's Christian Mayor, Because He Has Invited On A Nationally Syndicated Christian Radio Network That Reaches About 11.5 Million Listeners Each Week In Cities Including New York, Chicago, San Antonio and Denver.
You would think that Port Chester Mayor Dennis Pilla's fifth appearance on this national radio program would be a great way to showcase our little village to the nation, but no Bart Didden and his band of hatters at "Making Port Chester A BITTER Place" continued their Facebook Jihad against our  Christian Mayor.
Bart Dideden's Response To The Good News That The Mayor And Port Chester Will Be Presented To A National Radio Audience In A 30 Minute Program:
Dennis, what topic are you not a self-proclaimed expect in?
You See The Problem Is, According To Bart Didden Is That Our Mayor Is "NOT HUMBLE" Enough
First, I think you need to visit the definition of “humble”. A humble person does not brag
And Everybody In Port Chester Knows That Bart Didden Is An Expert On Being Humble

I was recently interviewed on the topic of school security & NY's new gun laws. You can hear the interview tonight on K-LOVE Radio, 96.7FM at 8:30pm.

Our PD is working closely with the Rye Brook PD, Port Chester School District, and larger law enforcement community to keep our schools and our precious children safe.

If The Port Chester Republican Party Can't Reign In Extremist TEA Party Lunatic Bart "The Bigot" Didden And His Cousin Kieth Morlino At "Making Port Chester A BITTER Place", Then The Local GOP Is Looking At Losing In Another Landslide.
Posted by Welcome To Port Chester Roundup - at 4:27 PM No comments: Links to this post